Last week I went with my mentor to the Metropolitan Museum. Since moving to New York last year, this has become my favorite museums to visit, and not just because it’s free. I don’t recommend tackling the Met in a day because there’s too much to see. That’s the beauty of it being free (don’t let them fool you with the listed ticket prices as those are only suggested donations) because there is no pressure to get to everything in a single visit.

This visit started in the modernist wing and ended with the heavy hitters: Caravaggio, Vermeer, and Velasquez. With every painting we looked at, my mentor pushed me to talk about why it worked. We dissected the formal elements of the painting — composition, color, light, brushstroke — to understand what made the painting successful. It was amazing how the psychological meaning of the painting came out of us discussing these formal aspects of the work. This really helped me think about my own compositions and that I need to put more thought into how each painting is laid out.

Last night I watched the Art21 on Kerry James Marshall and he echoed my above sentiment by saying each painting he makes references classical works in the structure. He is constantly looking at images while working on his piece. At some point it probably becomes second nature, but for now I know that I need to be more purposeful in the ways I put my images together. 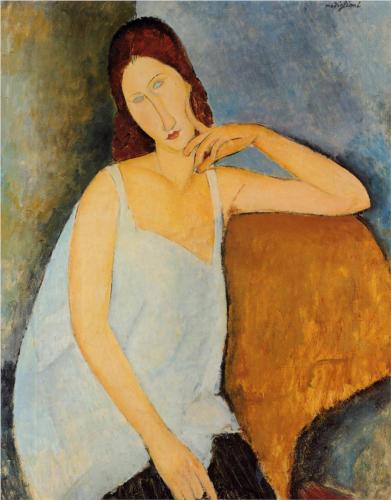 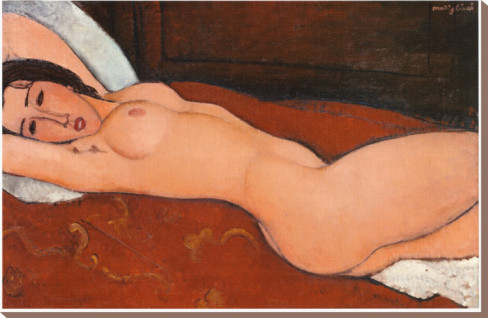 What’s amazing about the above painting “Reclining Nude” by Modigliani is how when you’re standing in front of this work, the focus of your gaze rests on the crease at her waist which highlights the movement of her twist. The face is secondary making this a work – unlike the one above it – one in which the figure is a symbol rather than an individual. In painting, the figure is one or the other. The first image is clearly a representative of the individual and her psychology.

Looking at the formal elements of “Reclining Nude” you can see the the entire painting is working on the diagonal axis. He highlights the beginning and end of her body with a white sheet and pillow. These also work to reinforce the diagonal. That diagonal line is then repeated through the edge of the bed and the dresser behind it. Modigliani slightly throws off the perspective of the dresser in order to mimic that diagonal line and draw the eye around the canvas. The other shape that’s echoed in the work is the curve of her body. You find it in the pattern of the comforter.

I’m not going to analyze all the works we looked at, but here are some of them so you can pick them apart yourself. Nothing like seeing them in person, though, so get yourself to the Met! 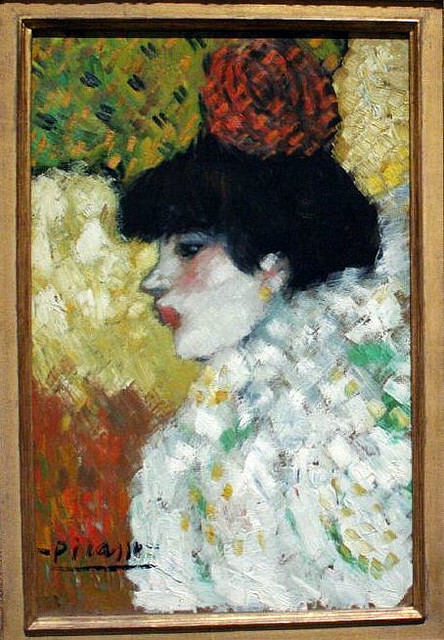 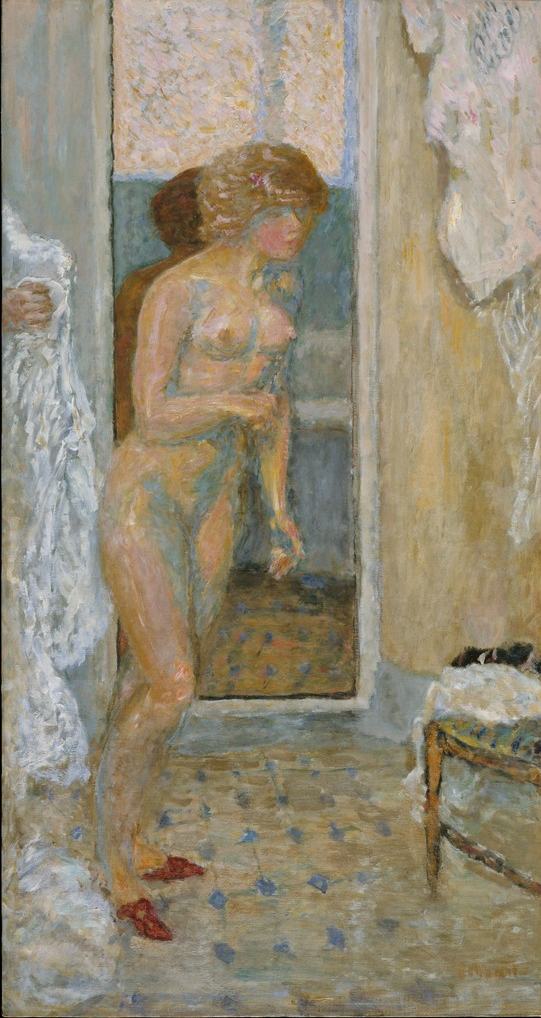 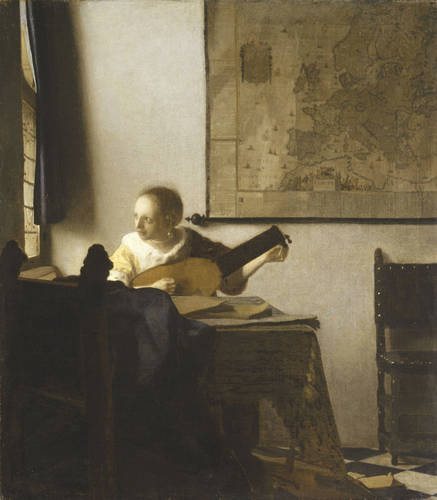 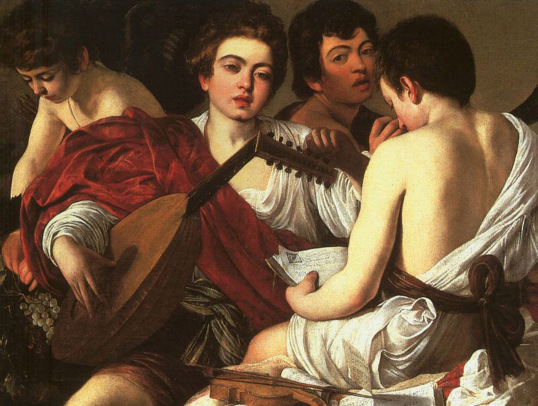 On Monday I made my way to the Guggenheim and saw “Picasso Black and White” curated by Carmen Giminéz. I read the review in Art Forum before I went, which helped contextualize what I was getting into.  It had been a long time since I had seen any of Picasso’s work in person, and I had forgotten just how powerful it was.  His mark making is so purposeful and these works in black and white really highlighted this fact.  I’ve been to the Picasso Museum in both Malaga and Barcelona and encountered his drawings at various points, but  I’m always amazed at just how prolific he was as an artist.  He also developed so much throughout his career, which I enjoy because I often wonder how artists can keep doing the same types of work for decades.  This show brought together work that I was not as familiar with.  There were some well known, iconic pieces such as Las Meninas (after Velazquez) and hints to Guernica through preparatory paintings and drawings, but what struck me the most were his linear works from the 1930s.  I’ve been to many shows at the Guggenheim, but this was the first one that left me in awe of both the work and the building itself — maybe it’s just been a long time.  I loved getting to look up close at the work and then see the paintings again from afar across the rotunda.  It’s so rare that you can have both vantage points in the same museum.  The black and white nature of the show also worked beautifully with the ambiance of the space. 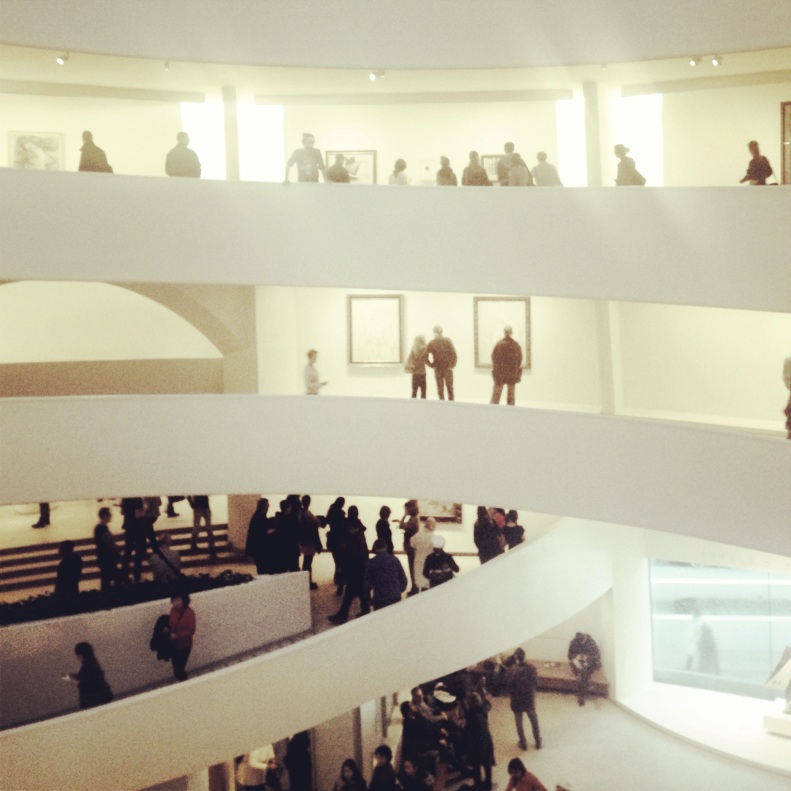 I couldn’t find all of the works online that I adored, but here are 5 of my favorites from the show that I could find. [note: I do not own the copyright to any of these images. I found them in articles or blogs posted online]. 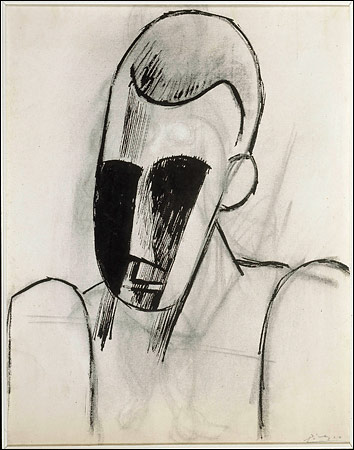 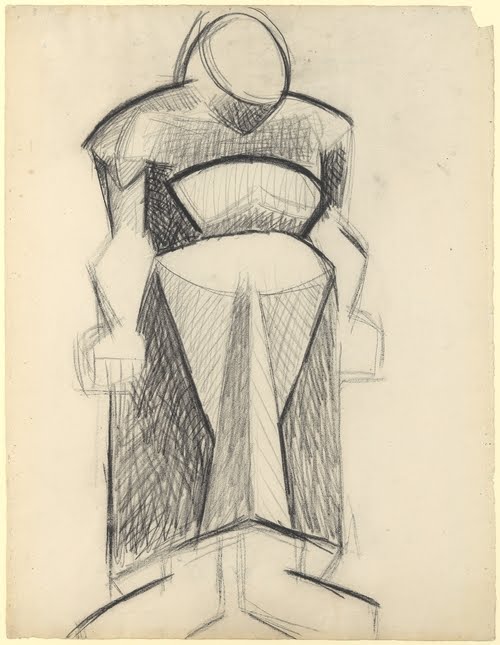 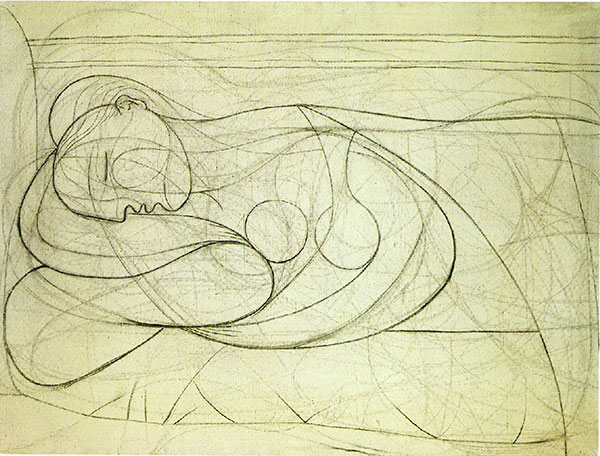 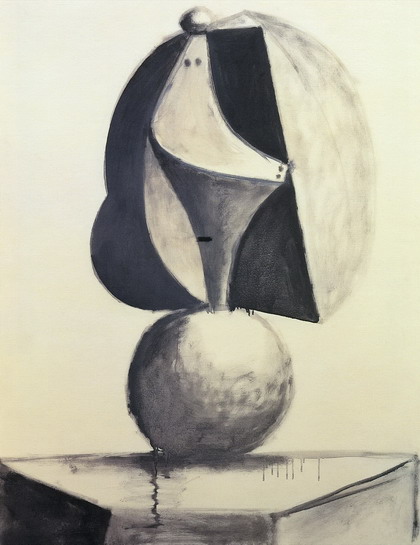 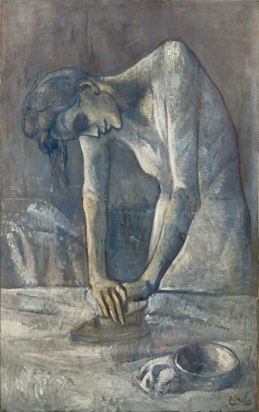